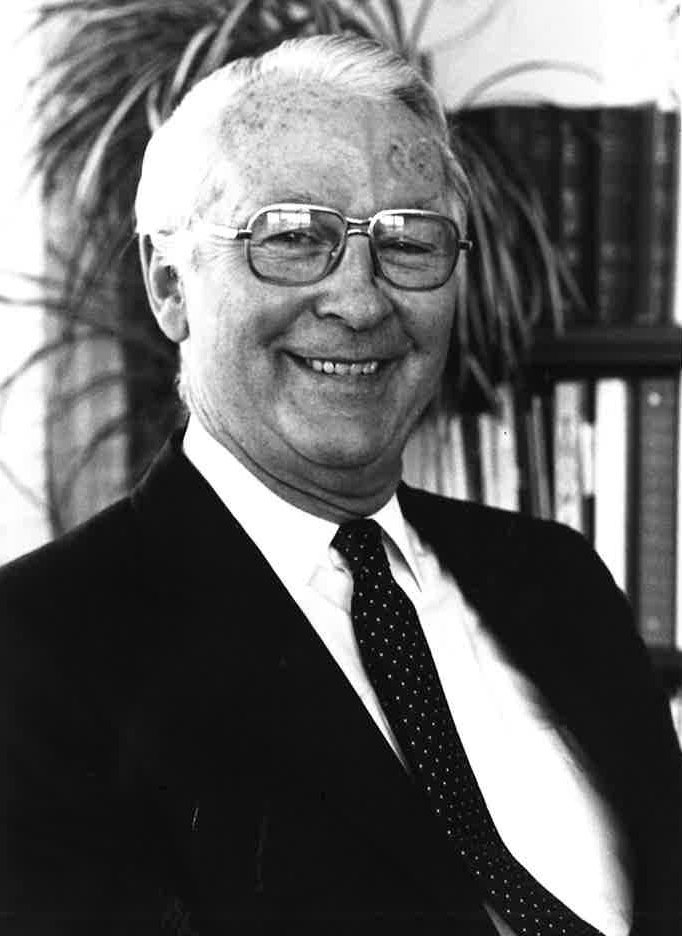 In 1918, after her husband’s untimely death, Alice returned, with her baby Morley, to Talbotville to live with her parents and siblings. Morley grew up on the Auckland family farm, attended the local public school and then the nearby St. Thomas Collegiate Institute. With scholarships he attended the University of Western Ontario and graduated with Honours BA in Mathematics and Physics in 1941. He was a starting member of the Western Mustangs football team, Yates Cup winners in 1939. At Western he met Clara McCandless and they were married in 1942 in Winnipeg when he was serving as a civilian Meteorological Officer with the RCAF forecasting the weather and teaching meteorology to student pilots in the British Commonwealth Air Training Plan.

After the war Morley chose to remain in meteorology and, with a 1949 MA in Physics (meteorology) from the University of Toronto, worked in the climatology sector of the national meteorological service where he had increasing administrative responsibilities over the years. When he retired in 1983 he was the director general of the Canadian Climate Centre in Environment Canada’s Atmospheric Environment Service.

For more than twenty years he also taught climatology to new meteorologists. He published scores of papers, bibliographies, and an atlas dealing with climate and climatology and co-authored a

textbook, Climate Canada. In the 1950s he had the opportunity to become active in international climatology and subsequently was a Canadian representative at meetings for several decades. In 1978-1982 he served as the president of the Commission for Climatology in the World Meteorological Organization and in Canada he had been president of the Canadian Meteorological and Oceanographic Society in 1968-1970. In 1980 he was awarded the Patterson Medal for “distinguished service to meteorology” and in 1985 the Royal Canadian Geographical Society’s Massey Medal for “significant contributions to the knowledge and advancement of Canadian climatology.”

In retirement he enjoyed the facilities at Environment Canada’s Downsview library in return for voluntarily researching the history of Canadian meteorology; over a twenty-five year period he published four books on the subject. In addition he enjoyed researching local history of the Talbotville area and family genealogy which resulted in several published articles and four books. In later years he lived at Seasons Strathroy and followed the Blue Jays, Duke Basketball, and the Mustangs.

A celebration of his life will be held at a later date. Donations in his memory could be made to the Talbotville United Church.  Online condolences may be left at www.strathroyfuneralhome.com  Funeral arrangements entrusted to DENNING'S OF STRATHROY