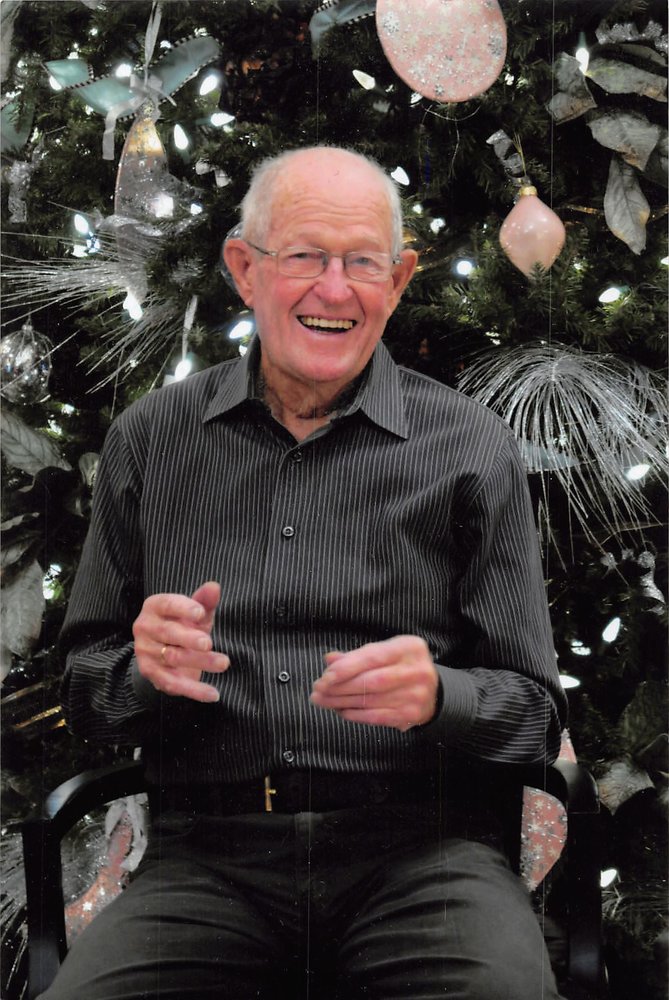 Peacefully with his family by his side on Sunday, October 27th, 2019; Dr. Patrick Cornelius Crowley of Strathroy passed away in his 92nd year. Beloved husband of the late Mary Elizabeth Crowley (née Long, 2013) and Angela Diane Crowley (née Monahan, 1973). Loving father to Patrick J. Crowley (2012) and Debbie of Tobermory, Paul Crowley of Strathroy, Ruth McLeod and Michael Bannon of Strathroy, Cathy McGuinness of Vancouver, Carol and Ed Ogle of Strathroy, Michael and Susan Crowley of London, David Crowley and Nancy Gee of London. Cherished grandfather of Jacquie and Jamie Crowley, Megan (the late Nigel Turner), Tara and Alex McLeod, Sam (Emily) and Jack McGuinness, David (Brooke) and Emily Ogle, Michael, Connor, Angela, and Madeline Crowley, Diana, Bridgette and Georgia Crowley. Patrick is survived by his sister Regina Maloney and sister-in-law Donna Crowley. Predeceased by his parents David and Julia Crowley, siblings Beatrice and Tom Hishon, Doreen and John Doherty, Marjorie and Frank Donehue, Mary and Stan Haehnel, Donald Crowley and brother-in-law Steve Maloney. He will be fondly remembered by his many nieces and nephews.

Born in Kinkora, Ontario in 1927, Patrick completed medical school at the University of Western Ontario in 1953 and then completed his residency in General Surgery at the Mercy Mt. Carmel Hospital, Detroit in 1958. Patrick returned to Ontario in 1960 and practiced in Strathroy until his retirement in 1994. He was an exceptionally talented General Surgeon with a passionate commitment to his patients, colleagues, family, Parish and community.

Friends will be received at DENNING’S OF STRATHROY on Friday, November 1st, 2019 from 2 p.m. to 4 p.m. and 7 p.m. to 9 p.m. A Mass of Christian Burial will be held at All Saints Roman Catholic Church on Saturday, November 2nd, 2019 at 11 a.m. Donations in memory of Patrick to the Strathroy Middlesex General Hospital Auxiliary would be appreciated by the family. Condolences and donations may be left online at www.strathroyfuneralhome.com.

A Mass of Christian Burial

Share Your Memory of
Dr. Patrick
Upload Your Memory View All Memories
Be the first to upload a memory!
Share A Memory
Send Flowers