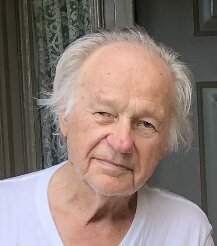 It is with heavy and broken hearts that we announce the peaceful passing of our dear husband, father, and poppa, Josef Sitar, in his 88th year on October 12th, 2022, surrounded by family at LHSC, University Hospital in London.  Born in Vrh Peč, Slovenija on March 19th, 1935, Joe was known by family as Lahkarjev Jože.  He came to Canada as a 23-year-old in search of a better life with a mountain of ambition and unmatched work ethic. Predeceased by his father, Anton Sitar, mother, Ana Makše, siblings, Lois, Ana, Anton Jr, and beloved son, Edward (2005).  Left to mourn his loving and guiding presence are his devoted wife of 58 years, Josephine (n. Zeljko), daughter Sandy (Glenn Brown), grandchildren Hailey and Andrew as well as numerous relatives and friends in Slovenija and Canada.

He simply adored his grandchildren, and proudly watched them grow into fine young adults. He loved to fish, spend time with his closest friend George, and was an expert on providing sound advice on any question that came his way. Of Joe’s greatest pleasures was his love of his wife’s cooking and baking, relishing her masterpieces in addition to being her premier taste tester. Joe became a travel enthusiast, be it for a Sunday drive, or a cross-continent trek, no plans needed. So many wonderful memories were made on these adventures. The family wishes to express sincere gratitude to the nurses and doctors at Strathroy General and University Hospital in London for the compassionate and extraordinary care provided, especially Dr. Ray. If you wish to make a donation in Joe’s memory, please consider giving blood or to Epilepsy Canada.

Joe will be deeply missed by many, and his legacy will live on through his family and in the many quality homes he built across southwestern Ontario.  Family and friends will be received from 10:00 am until 11:30 am on Saturday, October 22nd, 2022 at Denning’s, 32 Metcalfe Street West Strathroy, ON N7G 1M6, followed by A Mass of Christian Burial at 12:00p.m. with a reception at All Saints Catholic Church, 124 Front St E, Strathroy, ON N7G 1Y9. Interment to follow at All Saints Roman Catholic Cemetery, 25748 Melbourne Road, Strathroy. Srce tvoje več ne bije, bolečin več ne trpiš, nam pa žalost srce trga, solza lije iz oči, dom je  prazen in otožen, ker te več med nami ni. Počivaj v miru Ati.

Share Your Memory of
Josef
Upload Your Memory View All Memories
Be the first to upload a memory!
Share A Memory