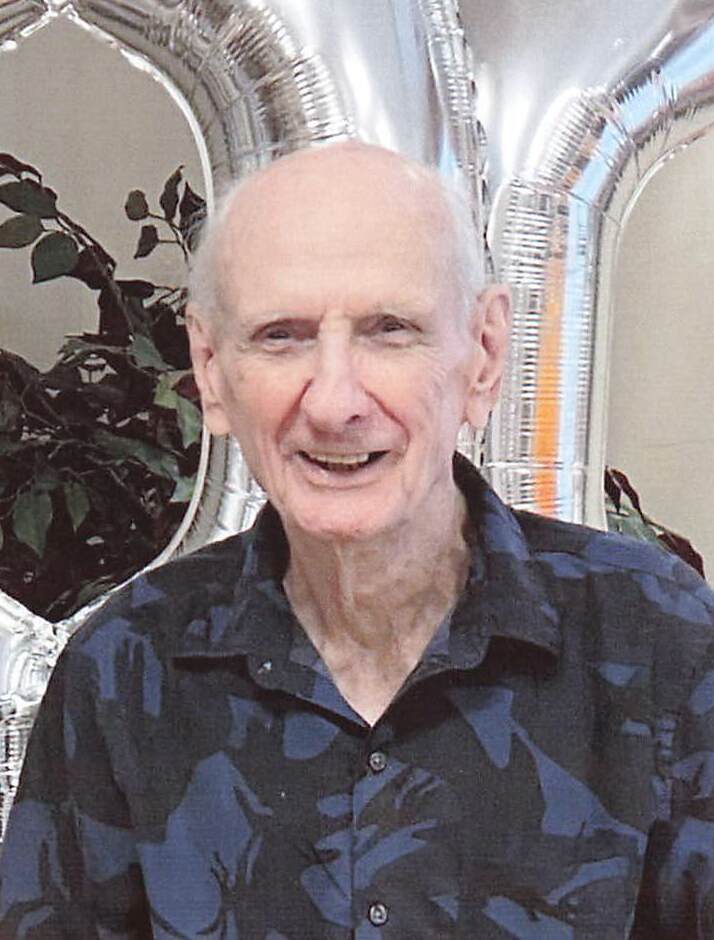 Jack Milliken passed away Sept. 6, 2022, in Strathroy, ON, at the age of 100 years.  Jack was born in London, ON, but was raised in Stratford, ON, as the fourth of six children of John and Lillian Milliken.  Predeceased by his parents and all of his siblings.

After graduating from high school, Jack started work as an apprentice at the Stratford Canadian National Railway (CNR) shops, followed by three years in the Canadian Army signal corps during WWII.  Following his release from the Army, he returned to school at the University of Toronto, engineering school, married the love of his life Rita Ruston in 1947, graduated as a Civil Engineer in 1951, and rejoined the CNR’s construction engineering department.

Jack’s 38 year career at CNR was very satisfying, managing the construction of 15 underpasses and bridges in Ontario, Quebec and the East Coast.

Their only child Douglas John, was born the same year Jack graduated from university, but died tragically at the age of 15 in an accident.

Jack was involved in golf, curling and dancing and was successful at each, including skipping the winning team in the Seagram’s Senior Men’s Curling Championship in St. John’s Nfld., and the CN Atlantic Regional Curling Bonspiel.

After moving to Strathroy following his retirement, he and Rita were members at Bear Creek Golf Club for many years, including winning a Senior Men’s club championship, and acing his five holes in one during his membership years.

They travelled extensively, and wintered for twenty-one years in Sarasota FL, where he also won a golf club championship, as well as being asked to dance with Rita for several demonstrations of ballroom dancing.

Pre-deceased by Rita and their son, Jack was a kind and generous man, who wanted to live to 100 years, and he was even successful in that wish.

He will be missed by all who knew him, including his dearest friend Shirley May. Arrangements entrusted to DENNING'S OF STRATHROY, (519) 245-1023.

Share Your Memory of
Jack
Upload Your Memory View All Memories
Be the first to upload a memory!
Share A Memory