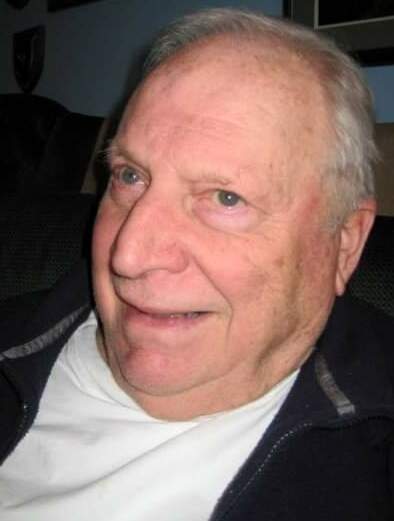 Roy graduated from Latymer Upper School in London, worked as a cartographer at George Philip & Son, then Longmans Green Publishers. From 1950-51 he served in the Royal Navy as a signalman. In 1955 he joined the Metropolitan Police, and in 1959 was appointed to Scotland Yard’s Criminal Investigation Department as a detective, earning seven commendations. In 1967 he emigrated to Canada and worked in security at Ford’s Talbotville plant, then 1975-77 at Holiday Inn. His career culminated in 9 years’ service in the Strathroy Police Force, earning two commendations for outstanding work.

Roy loved books and maps and had a lifelong love affair with steam locomotives and all things naval. He was a keen sportsman -- both as a participant and a spectator. He was not gregarious but was extremely loyal to the friends he had. Conversation was important to him and the interchange of opinion was his delight. He was a keen gardener, enjoyed photography, and was particularly keen on history (specializing in the Second World War period), geography, and writing. After settling in at Mount Brydges in 1984, Roy took to walking. Gradually distances increased and towards 1991, Roy was walking between 25 to 45 miles per week - depending on the season!

As per Roy’s wishes Cremation has taken place. As an expression of sympathy donations to the Huronlea Home for the Aged, Brussels, ON or a charity of one’s choice, would be appreciated by the family. Online condolences and donations may be made at www.strathroyfuneralhome.com. Arrangements entrusted to DENNING’S OF STRATHROY.

Share Your Memory of
Roy
Upload Your Memory View All Memories
Be the first to upload a memory!
Share A Memory