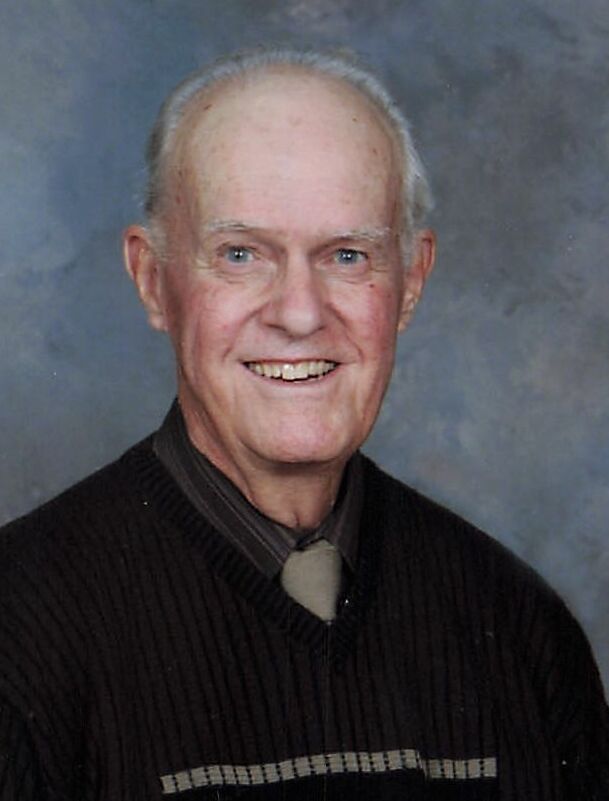 It is with sadness the family of John Michael Bett announce his passing on October 5th, 2021 at London Health Sciences Centre, at the age of 90. Beloved husband of Barbara Bett (Ross) of 64 special years. Dear father of Carol (John) Kelly and Sandy (Marilyn) Bett and the late Alan Bett (1976). Loving and proud grampa of Alex and Sarah Gillcrist, Ryder Kelly, Sydney, and Nicholas Bett.

Mike and Barb farmed in Adelaide Township from 1957 until 1992. Mike worked for Adelaide Township first as a treasurer and then as a clerk administrator from 1966 until 1996. He was also a proud member of the Strathroy Rotary Club from 1993 until his passing. Mike was an avid member of the Stathroy United Church where he was a choir member for over 40 years. Mike could be found spending his pastime playing a round of golf in which he loved. Mike’s love for his family was infinite and everlasting.

Visitation will be held on Thursday, October 7th, 2021 from 7:00p.m. until 9:00p.m. at DENNING’S OF STRATHROY. A funeral service will be held on Friday, October 8th, 2021 at 11:00a.m. at the Strathroy United Church. Interment to follow at Strathroy Cemetery. As expressions of sympathy, donations may be made to the Diabetes Association, Heart and Stroke Foundation or the Canadian Cancer Society. Online condolences and donations may be left at www.strathroyfuneralhome.com.

Registration is required as we have limited capacity due to the COVID-19 restrictions. For more information on how to register, please follow the links or call 519-245-1023. Guests are able to sign up through the links below: