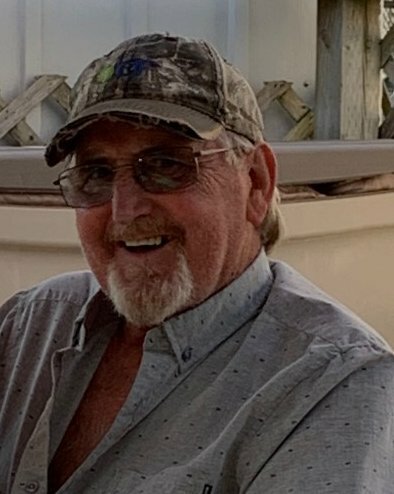 Rudi died peacefully in his home on September 7th, 2021, at the age of 68. Born in Ghent, Belgium, raised and settled in Strathroy, Ontario, Rudi will forever be loved and remembered as a hardworking, witty and persevering man. He was generous with his time and known for his sense of humour, which he kept even in the toughest moments. He spent much of his working life as a welder with Goertz Farm Systems Ltd., and changed career paths in his 50s, to become a Millwright at Sarnia Local 1592 a job he proudly did until retirement. Outside of work, Rudi enjoyed playing pool, darts, cards, fishing, golf, spending time with friends at the Legion and later in life, bicycling. He could fix anything, cared deeply for his family and friends, and would move mountains to help them.

Rudi is survived by his wife of 35 years, Sheila (nee Bennemeer) his children, Rudi Todd Joris, Tara (Craig) Joris-Bolton, Courtney (Bryan) Blackmore and son-in-law Bob Tusch. Called “Grandpa” or “Opa” by Alan, Katie (Aaron), Andrew, Braeden, and Guinevere; Great-Grandpa of Paisley and Blake. Beloved brother of Sonia Breiter and Ingrid (Graham) Chivers. Cherished son-in-law of Corrie Bennemeer and brother-in-law of Frank and Helen Bennemeer, Henri Bennemeer, Joanne Huffman (Wade) and Linda and Dennis Booker. In Canada, Holland and Belgium, he is missed greatly by aunts, uncles, cousins, nieces, nephews, and the many friends whose lives he brightened with his warmth and wit. In death, he rejoins his daughter Rachel and grandchild (2017), brother Gus (1998) and parents Roger (2009) & Catharina Joris (2012)

The family would like to thank his Doctors, Nurse practitioners and nurses at VON and M.A.I.D.

A celebration of  Rudi’s life will be held Sunday Oct. 3 at Royal Canadian Legion Br. 116.  266 Metcalfe St.W. Strathroy. Brief visits are requested between the hours of 2-5 pm. Donations in memory of Rudi may be made to the Legion Poppy Fund or a charity of your choice.

Please note: Individuals are required to show photo ID and proof of full vaccination status to gain entry to the Legion. Enter at back left side door.

I am standing on the seashore. A massive ship with billowing white sails is at my side. She begins to sail away. I stand and watch her until eventually she becomes a tiny speck of white cloud, barely visible on the horizon.

Someone standing beside me says, “There, she is gone!”

Gone from my sight. That is all. She is just as large and strong as she was when she left my side. Her diminished size is in me, not in her. And just at the moment when someone at my side says: “There, she is gone!” there are other eyes watching her coming, and other voices ready to welcome her: “Here she is!”

And that is dying.

Share Your Memory of
Rudi
Upload Your Memory View All Memories
Be the first to upload a memory!
Share A Memory