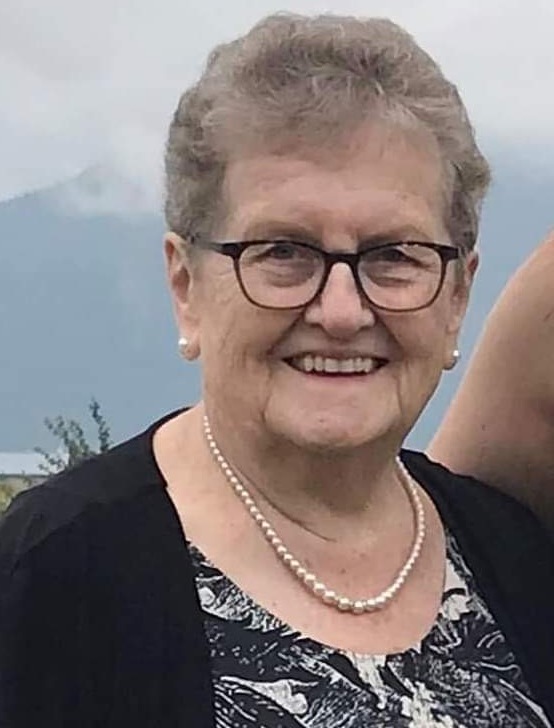 It is with deep sorrow and much love that the family of Hilda Schat announce her peaceful passing on March 30, 2021 at the age of 83 years. We are all just walking home - she is now safely home with Jesus.

She was predeceased by her husband Jelle Schat, son Derek Schat, her parents Heine and Tjitske van der Meer and her brother Henk van der Meer.

She was born in Berlikum, Friesland. Her father, Heine, was one of the town’s bakers. After she graduated from school, she worked in a grocery store. She met her husband, Jelle, when she was 16 and he was 21. Despite a year’s separation early in their courtship when Jelle went to work in Canada, their love prevailed. Shortly after marrying in 1958, they immigrated to the United States. After four short months in Grand Rapids, Michigan, they moved to North Carolina (Terra Ceia & Aurora) where they welcomed their four children. Hilda followed Jelle wherever work took him, such was her love for him. A second immigration took them to Canada in 1974. After a rough start in Woodstock, they finally settled in Appin, Ontario managing a farm for 10 years. Another change saw them move to Thamesford where Jelle managed a turkey farm for Coldsprings. Soon after retirement, they moved to Trillium Village in Strathroy. Hilda was involved in Ladies Society in churches in Strathroy and Ingersoll. Hilda loved music. She was an organist at Ingersoll CRC for many years. Hilda was very active on the Auxiliary Committee at Trillium Village. She enjoyed walking, reading and playing games with friends and family. She was a prayer warrior, praying daily for her children, grandchildren and great grandchildren. A private service will be held at the family’s request. The family wishes to send a special thank you to the staff at Huron Hospice for their care and compassion, Strathroy Hospital, and SW LIN. Very special thanks to her amazing friends at Trillium for their help and visits these last few months. Memorial donations may be made in Hilda Schat’s name to Huron Hospice, 98 Shipley St, Clinton, ON N0M 1L0. Arrangements entrusted to DENNING’S OF STRATHROY, (519) 245-1023. Share a memory at www.strathroyfuneralhome.com.

Share Your Memory of
Hilda
Upload Your Memory View All Memories
Be the first to upload a memory!