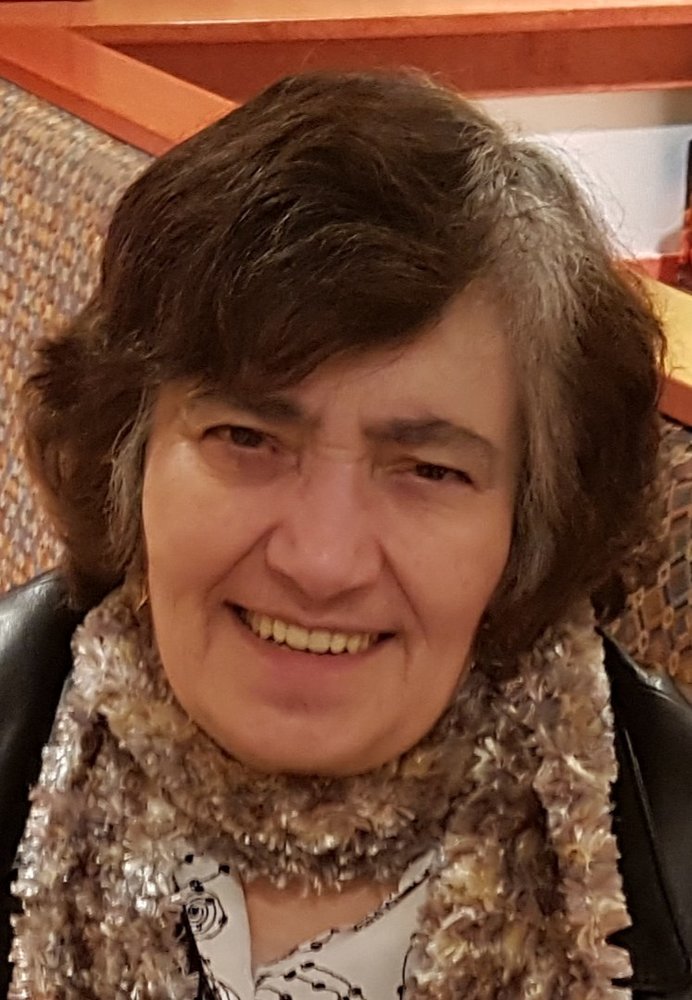 Peacefully at Strathroy Middlesex General Hospital after a brief illness on Tuesday, August 6, 2019 with her family by her side, Maria de Lourdes Sousa (Remedios) Lopes passed away at the age of 73. Loving mother of Ana-Paula (AP) Matthews and Sandra (James) Driediger. Cherished grandmother of Laura and the late Leonardo "Leo" James Matthews (2017). Devoted wife of the late Leonardo Tavares Lopes (2006). Born in Sao Miguel, Acores, she was the daughter of Espirato Santo and Jacinto Remedios. She is survived by her younger sister Lucilia Raposo of Montreal. Predeceased by her sisters Joanna Martins, Maria de Jose Viveiros and Maria de Carmo Silva. Loved by many Godchildren, nieces, nephews, family and many friends. Maria de Lourdes and her late husband, Leonardo, immigrated to Strathroy, Ontario with their eldest daughter on January 1, 1972 and loved to celebrate New Year's Eve. They lived as far as Edmonton and Montreal with their daughters but always kept their home in Strathroy and permanently settled there in 1984. Maria de Lourdes loved to crochet and make her famous pastel de bacalhau (codfish balls). She loved to whip up big dinners on the whim for anyone who came by to visit or offer a glass of her husband's homemade wine. She and her late husband, Leonardo, were very giving and generous. Maria de Lourdes held many jobs including working at Glendale RV where she formed many long lasting friendships. She will be forever remembered and always missed. Friends and family will be received on Friday, August 9 from 4 to 8 pm at DENNING’S OF STRATHROY. The Mass of Christian Burial will be held on Saturday, August 10 at 11 am at All Saints Roman Catholic Church, 124 Front Street, Strathroy, with Father Thom Blondin officiating. Interment to follow at All Saints Roman Catholic Cemetery, Strathroy. As an expression of sympathy, memorial donations may be made to Diabetes Canada or Parkinson Canada. Special thanks to Krissy and the hospital staff as well as the Rotary Club of Strathroy for their beautiful palliative care room which brought peace and solace to Maria de Lourdes and her family.

Share Your Memory of
Maria de Lourdes
Upload Your Memory View All Memories
Be the first to upload a memory!