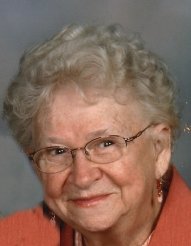 (Donna) Lillie Homorodean (McDonald) has left her earthly home to join her Father in Heaven on Wednesday, May 8ththe year of our Lord 2019 at the age of 92. Lillie was born at home on 206 Caradoc Street on December 8, 1926 in Strathroy, Ontario. She had three sisters and a brother, Elva, Roma, June, and John A. Lillie worked as an accountant for 8 years for Ford Motor Company, owners Morris and Murray Carruthers. She also worked 22 years as a payroll clerk for PPG/Lorlea. Lillie attended Strathroy District Collegiate Institute until grade 11. She then attended business school in London, Ontario. She attended the First Baptist Church, on Centre Street in Strathroy. She taught Sunday School and was a past president and member of the Women’s Friendship and the treasurer of the Missions group. Lillie married Nicolae (Nick) Homorodean on September 20th, 1950 and they had a family of five, Peter, Holly, Sandra, Andy, and Donna. They lived at 80 Thomas Street, Strathroy, “Homorodean’s Earthly Home” for 66 years until they moved in with Donna and Glyn, 42 Pearson Ave., Strathroy, November 12, 2016. Predeceased by her loving husband Nick, and lovingly remembered by her. Children Peter, Holly(Bryan) Barclay, Sandra (Jeff) McKinnon, Andy, and Donna (Glyn Knapman), and her grandchildren Natacha (Mitch), Tanya (Rick), Jevon (Lynsee), Taylor, Jayme and her great-grandchildren Amber, JJ (Jevon Jr.) late Nora, and Hazel. Survived by her brother John A. (Karen) McDonald. Also survived by her several nieces, nephews, extended family Melanie, Connor (Kate), Jimmy (Britt), and Jake (Katlyn) Knapman. Predeceased by her sisters Elva (Robert) Muylaert, Roma (Cal) Jarmain, and June (Art) McIntyre.

Visitation will be held on Friday, May 10th, 2019 from 6:00p.m. until 9:00p.m. at DENNING’S OF STRATHROY. A Funeral service will take place on Saturday, May 11that 1:00p.m. at the funeral home. Interment to follow at Strathroy Cemetery. As expressions of sympathy, donations may be made to the Strathroy Middlesex General Hospital Foundation. Online condolences and donations may be left at www.strathroyfuneralhome.com.

Share Your Memory of
Lillie
Upload Your Memory View All Memories
Be the first to upload a memory!
Share A Memory
Send Flowers