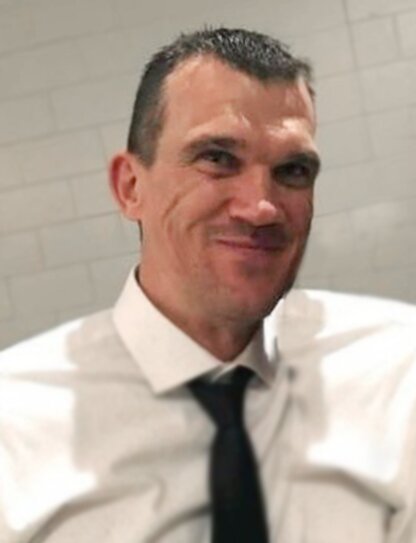 As of Derek’s wishes, cremation took place. Visitation will be held at Denning’s of Strathroy on Saturday Oct. 29th, 2022 from 1-3pm.

He worked as a production operator at 3M Canada for 20years.  He enjoyed golf and was a legend in London ball hockey scene.

As expressions of sympathy, memorial donations may be made to Canadian Cancer Society. Stacy wishes to extend her gratitude to the surgery ward staff at University hospital, Victoria hospital, the staff at the Southwest Local Health Integration Network, and St. Elizabeth Nursing and all the other countless people, friends and family that made Derek’s last days as comfortable as possible. Online condolences and donations may be left at www.strathroyfuneralhome.com.

Share Your Memory of
Derek
Upload Your Memory View All Memories
Be the first to upload a memory!
Share A Memory